Well, now that MLB and its minions in black have dispatched the Blue Jays we can finally go back to jeering all the teams in blue from Toronto. By the way, speaking of teams in blue from Toronto, the Leafs will be playing the white hot Canadiens tonight. The Habs are 2 wins short of matching the NHL record of 10-0 to start the season so I am conflicted -- who do I cheer for?

No matter, the suddeny-injury-riddled Senators have their work cut out for them as they face the suddenly-cold Arizona team. After going 3-0 to start the season the Desert Dogs have managed a single point in their last 4 games -- a shootout loss to the Devils. Meanwhile, the Sens have yet to win at home, after blowing a 4-2 lead in the last 6 minutes and then losing in the eventual shootout (after three OT games the Sens have yet to avoid the shootout; they have also yet to avoid an OT penalty kill).

On the injury front, Marc Methot has missed 2 games with flu-cussion (started out as a flu, then somehow morphed into a concussion). Mark (with a 'k') Borowiecki has been filling in a EK's regular shift partner -- not an ideal situation by any stretch (quick poll: would you rather Phillips?) Joining Methot in the dark room is Clarke MacArthur, who has missed the last three games and will likely miss quite a few more; the last two concussions have come on fairly mild hits so I fear it's going to be a long time before we wee him in the lineup. Lastly, last season's goal scoring leader, Mike Hoffman went down with a lower-body-injury early in the third period of the Devils game and is out day-to-day. McCormick has been recalled from Bingo -- looks like Max will play on the fourth line -- we'll see who moves up and where at the morning skate.

Stay out of the box:
The Sens are 2nd in the league inPIMs/game (behind LA) and actually lead in minors. Only the Blue Jackets have given up more PP goals against, and they have played one more game than the Sens. The Sens lead the league with 2:52 OT PK time (3 OT minors; nobody else has more than 1).

Get out ahead and don't coast:
The Coyotes are in the middle of a 5-game road trip. Get on them early, and don't slow down. Remember the days when blowing a 2-goal lead in the third was unheard-of? Not in the New NHL. Not without four top-four D-men.

Number of posts : 50693
Age : 58
Location : Kanata
Favorite Team : Ottawa
Registration date : 2008-08-05
Vermette is questionable for tonight. So is Hoffman, but given that McCormick has been recalled I'm thinking he misses a game. Too bad, the Sens scored 12 goals in two games against Smith last season. Oh, well, maybe we can get Bobby going.
_________________
Hey, I don't have all the answers. In life, to be honest, I've failed as much as I have succeeded. But I love my wife. I love my life. And I wish you my kind of success.
- Dicky Fox

Ev wrote:You don't have to go down Catherine street at all. So many other options such as carling and baseline.

How do you get to Carling, though.

tim1_2 wrote:I think you've pretty much got it covered with your 11 posts, Walter. 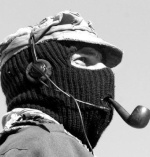 Number of posts : 4
Age : 43
Location : Montreal
Favorite Team : Ottawa
Registration date : 2015-10-23
i'm not a big fan of Lazar on the first line idea. i'd much rather see pumpel or prince in those position.

i guess they wanted to reward a guy like McCormick and by the same token have a guy up that they can easily send down. just brining up pumpel for one game would of been meh.

» Ottawa Senators (present and past) TIDBITS & QUICK HITS!
by DefenceWinsChampionships Yesterday at 11:45 am