Number of posts : 6803
Favorite Team : Chicago
Registration date : 2009-01-22
Is it the Montreal fans who sing "Na Na Hey Hey Kiss Him Goodbye?" Talk about hockey karma...interestingly, this could also be the last game in a Canadiens uniform for many of these players...so this is our GOTN, by virtue of its DQ ('drama quotient'...LOL).

MONTREAL (AP) -- While the Boston Bruins talked about how tough it is to get the fourth win in a best-of-seven playoff series, the Montreal Canadiens contemplated their bleak reality of being down to the final chance to get their first.

Boston practiced at the Bell Centre on Tuesday, one day after taking a 3-0 lead in their Eastern Conference quarterfinal with a 4-2 win in Montreal.

The Bruins, who are poised to win their first playoff series in 10 years, will get their first chance to finish off the Canadiens in Game 4 on Wednesday night.

P.J. Axelsson was in his sophomore season when the Bruins won their last playoff series, a first-round win over Carolina in 1999.

He said that the Canadiens gave him and his teammates all they could handle at the outset Monday, and he was steeling himself for what they would bring in front of a sold-out crowd on Wednesday.

"I think, if anything, they're going to come even harder so we've got to be prepared for that," said Axelsson, the longest-serving member of the Bruins.

Shawn Thornton, who scored Tuesday for his first point in 25 playoff games, agreed.

"Yeah, I'm sure they will so I think we can't be shocked by it, we've got to be prepared for it," Thornton said. "That being said, it's a lot easier said than done when you get out there and you can't hear yourself think when you have that puck, you can't hear your linemates, you can't hear anything and they're coming with a lot of energy, it's pretty tough to play in."

Aaron Ward has won the Stanley Cup three times, including consecutive championships with Detroit in 1997 and 1998, and a third with Carolina in 2006.

The pressure of those playoff runs didn't compare to the expectations Boston felt entering the playoffs as the top seed in the East.

"This is probably one of the most stressful series that I've been involved in," Ward said. "The pressure of having gone in through a season and being a No. 1 seed, knowing that there's a lot of external factors that can really have an influence on the direction of a series, for us, we were well aware of the position we are in."

Ward recalled Peter Laviolette's advice when he played for the Hurricanes, stating that his former coach urged his players to "always understand the mental philosophy of the opponent, understand where they're coming from."

"You always have to be aware of what your opponent brings to the table," Ward said. "In Game Fours it's always the best effort's brought forth by players. You're professional athletes and you're conditioned to play well and understand that no one ever wants to lose, and you have that mentality that you'll do whatever it takes, and at all costs, to win the game."

Boston will get a boost from the return of Milan Lucic, who served a one-game league suspension and missed Game 3.

The Canadiens' task for Game 4 is plain and simple -- win, or pack it in.

"Just as with our fans, with our team we're going to have to prove that we can stay alive by winning a game," GM and coach Bob Gainey said. "If we win a game, then we play a game on Saturday where we can look to Tuesday. So, it's by small increments and without the first one it's hard to move to the second one or the third one, which has been our case since the beginning of the series.

"We need to win a game to get into it, whether it was the first, second, third or fourth, and right now we're sitting at the fourth, still waiting to get out of the gates as far as putting a win up on our side."

Montreal was without defenseman Mathieu Schneider and left wing Alex Tanguay on Monday night, both key players sidelined by upper-body injuries. Top defenseman Andrei Markov has been out with a lower-body injury that cost him the last four games of the regular season.

"I can't really say that they will or won't be possibilities for (Wednesday)," Gainey said.

The Canadiens held an optional skate at its suburban practice facility and nine players took to the ice, including goalies Carey Price and Jaroslav Halak.

Also taking part where defenseman Mike Komisarek, forwards Andrei and Sergei Kostitsyn, Tomas Plekanec, Matt D'Agostini and Gregory Stewart, and rookie defenseman Yanick Weber, who had a goal and an assist in Monday's loss for his first playoff points.

The only good thing about this series. They hate each other... It's fun to watch dont get me wrong but it's still the Habs

Number of posts : 31416
Location : I'm sorry, I can't hear you over the sound of how awesome I am.
Favorite Team : Ottawa
Registration date : 2008-08-12
It will be interesting to see how the fans react if the Habs are eliminated tonight. Will they go out and trash the city?

shabbs wrote:It will be interesting to see how the fans react if the Habs are eliminated tonight. Will they go out and trash the city?


Does a bear Dung in the woods?

Number of posts : 3032
Age : 39
Location : East of Ottawa..
Favorite Team : Ottawa
Registration date : 2008-07-31
Well, I think there's a chance a few events take place but nothing too destructive; but then again, there's a chance they make last year's debacle look like child's play... Who knows with these hyped-up neanderthals who are filled to the brim with beer and no common-sense.

And that's EXACTLY who instigates these kind of things, not the level-headed yet passionate fans of the Blue, Blanc et Rouge...


I'll be playing "Cities on Flame With Rock and Roll" by Blue Oyster Cult while I watch the festivities on different news channels.

shabbs wrote:It will be interesting to see how the fans react if the Habs are eliminated tonight. Will they go out and trash the city?


Does a bear Dung in the woods?

Is that a quote from Joey Tribianni SFS nice haha!

I thought just for poops and Giggles, I'd give a Mustaine tune a try, specifically (and appropriately) "A Tout Le Monde."

I thought just for poops and Giggles, I'd give a Mustaine tune a try, specifically (and appropriately) "A Tout Le Monde."

You really can't go wrong with Megadeth. They even have a selection called "Set the World Afire"!

Number of posts : 5649
Age : 40
Location : Dorchester, NB
Favorite Team : Ottawa
Registration date : 2008-12-02
Lucic will be back to wreak havoc dans le centre Bell, should be a good game, we shall see how much desperation Montreal plays with to see how the score will go. 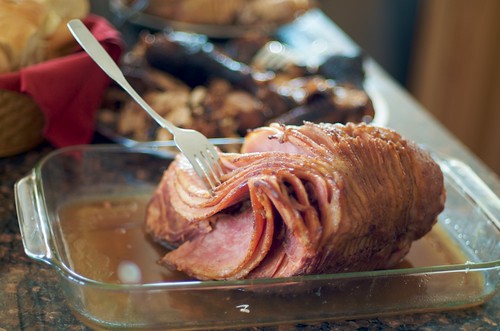 » General Hockey Talk - Injuries, signings, factoids + other news from around the league
by Ev Yesterday at 11:08 pm