wprager wrote:Who within *our* Division has gotten better? I seriously doubt that Seguin will make a difference in Boston in his first year -- their success rests on Rask *not* suffering a sophomore slump and their forwards staying out of injury troubles. Buffalo didn't get better and even with our slew of injuries we were battling them for the lead almost to the end. Sure, some of their players had sub-standard years and will probably do better this year but -- hello? -- so did every team in the league, including the Sens. Montreal squeaked into the playoffs and then traded their MVP. P.K. Subban will find it awfully tough to replace Markov the first month or two. They will be in tough to make the playoffs, IMO. Toronto got a little better since it's pretty difficult to get worse. But did they get *enough* better to pass the Sens? I'm not part of the Toronto Media Elite so I don't have to say "yes".

Boston *should* be better than they were last year, but so should the Sens. Which team will show more of a rebound *may* determine the NE champs. Yes, Buffalo is a dark horse -- they always are with Miller between the pipes -- but I think they're in trouble even with him.

Honestly, I do think the Sens will do well this year. But I don't want to overrate them too much (which is why I think 6-8th place). If all goes well, and players bring it, I can easily say we will end up top of the division. In our division, the problem is is that both buffalo and boston have potential. If Miller plays like he did last year, Buffalo is good. If not, Buffalo stinks. And Boston could have a pretty decent offensive system and if Rask plays well, another decent team. If not, well the team falls a bit.

IMO Buffalo, Boston, and Ottawa could all be top, depending on which team utilizes what they have. I do have faith in the Sens though, and they should be better than last year. I love the fact that all players are in it to work hard and work as a team. It will make the team WAY better!

Either way, I think this year will be awesome to watch, and think the Sens will really bring it! The team has trained hard, and everyone seems TOTALLY gung ho! So I'm sooo excited.

Number of posts : 51147
Registration date : 2008-08-05
But Miller *did* play lights out last year, and we still battled them for first, despite missing our #1 goalies and out top-minutes D-man, plus other significant injuries (Spezza, Michalek, A-Train, Alfie playing with a hernia, Campoli battling something, flu -- probably missing something as well).

SensGal wrote:I always laugh when I look at predictions this year. Every SINGLE prediction I've seen puts Sens 10th in the East.

I do understand that Sens probably were higher last year than they should have been. And I get that teams like Philly, Boston are likely to have improved this next year. But to drop 5 places and miss the playoffs when really, offensively we should have improved and our neutral zone play/power play as well should improve (which was lacking last year). I don't get it.

I will say this, if our goaltending falls, then we will probably have an issue. Our defense need to learn to play a little more defensive game (because we have mainly offensive forwards at this point), and if LeClaire can continue what he finished like last season, we will be set!

Things that will help us.

Spezza has worked extrememly hard this summer, and is apparently in the best shape of his life, even putting on a little more muscle mass. If he continues the way he finished for the entire year, wow!

Kovalev: He's got skill, but is coming off of an injury. If he heals well, and fights for a new contract, he could be great, especially with Gonchar there

LeClaire: If he avoids injury, and continues how he's been playing. Things will be good. He is also in a contract year, so should pick it up a bit, and back with his old goalie coach.

So on the whole, I feel like we will end up anywhere from 6-8th.

Hey, welcome back. Do you go into hockey hibernation in the summer lol?

Number of posts : 8484
Age : 35
Location : San Jose, CA
Favorite Team : Ottawa
Registration date : 2009-06-22
Yeah not sure what the deal is about the low predictions. People seeing something we don't, but it goes the other way too.

I think people just look at stats and see that:
A) we were outscored pretty handily for a playoff team, meaning our 'D' is nothing to be proud of. Pascal Leclaire had a sub .900 save percentage....nevermind what Elliott had, but Leclaire only had that so clearly our goaltending is poor. Who's elliott anyways?
B) Poor road record...again one of the only playoff teams that was under .500 on the road
C) 11-game winning streak was the only reason we made it. What I don't get is how people are quick to point out that this was a fluke and not because of skill and work ethic.
D) We got over-agers now with Alfie, Kovalev, and Gonchar, and no one has faith in these guys except us
E) Analysts and other fans don't know enough about Karlsson and Regin and the awesomeness that follows them (except penguins fans)
F) Spezza sucks now. haha he only got 57 points last season, career worst! LOL bahahaha your number one center sucks

yeah...57 in 60 is awful
G) Volchenkov is deemed to be a gigantic loss for the sens, to the same magnitude of Chara. Granted both good players, but I think we'll adjust.
H) We got nothing to show for Heatley trade, so in the eyes of others we got totally smoked in that deal and now don't have anything to show for it. Again, who's Milan Michalek and why should people care about him? They only care that Cheechoo got bought out so epic fail on the part of Murray.

But in all fairness, most people around the hockey world don't know much about the Sens.

I get the old age thing. But look at the numbers. Each one of those guys is consistently a 50+ point guy. And for an old guy, thats not half bad (especially one being a D man). Of course those numbers will eventually decline. But I don't think they will go from 71 points to 15 points in the span of a year (alfie for example). But of course all those guys could be on the decline.

And you are right, no one knows about players like Regin, Karlsson or even the prospects we have. I had someone mocking the Sens prospects the other day, saying how awful they are, and I asked if they could name 2. He got Cowen, and that was it.

And yeah, Cheechoo part of the deal may have been a bad move, but there wasn't really much choice in the matter. Plus we made the playoffs last year, missing the oh-so-amazing Heatley.

Either way, I'm excited to see if the Sens can prove people wrong --- I have 100% faith they can kick some butt!

Dash wrote:
Hey, welcome back. Do you go into hockey hibernation in the summer lol?

Haha, and thanks! I did go into hibernation. Along with some months of no internet.

But Hockey Season is back, and I'm raring to go! 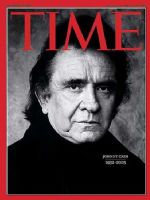 Dash wrote:
Hey, welcome back. Do you go into hockey hibernation in the summer lol?

Haha, and thanks! I did go into hibernation. Along with some months of no internet.

But Hockey Season is back, and I'm raring to go!

Well it is good to have you back.

Re: The Hockey News: Sens to miss playoffs

» General Hockey Talk - Injuries, signings, factoids + other news from around the league
by tim1_2 Yesterday at 11:46 pm