in search of this:

Overture ... turn the lights. This is it, the night of nights.
That little crack opened up a tiny bit more as the B-Sens skated away with a 4-2 win in the last home game of the season. The rest of the series now shifts back to Houston where it began with a split. Another split and the B-Sens will not be coming home empty handed.

The win did not come without a cost, as Jared Cowen suffered a possible concussion when elbowed in the head by O'Sullivan. Cowen accompanied the team on the trip down to Houston, possibly indicating that his injury is not a concussion. He remains a game-time decision, and both Wiercioch and Schira are ready to draw in, if required.

Also, after the game, assistant coach Steve Stirling suffered a heart-attack and underwent an emergency quadruple bypass surgery. The procedure went well, and Stirling is recovering in hospital. It remains to be seen how this will affect the team. Will it galvanized them in a "Win for Coach Steve!" attitude or will we see a subdued team, concerned about their mentor? I don't know, but a guy who just had a heart attack would probably prefer to see a game where they score a bunch in the first and then play a boring road game the rest of the way, cruising to an easy win. His doctors may not even let him watch the game unless it's like that. So, perhaps, instead of "Win for Coach Steve" it should be "Blow them away in the 1st so Coach Steve can enjoy two periods of relaxing road-trap." 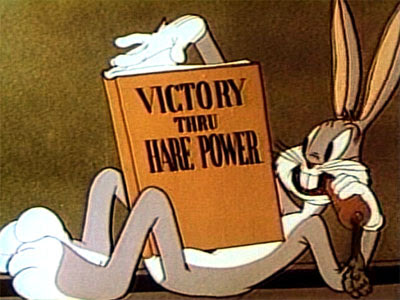 tim1_2 wrote:I'll have to have a few beers so I can endure the non-HD, New RO-esque quality of the B-Sens broadcast.

Maybe they'll have better cameras in Houston. I swear, I've taken videos of my kid's pee-wee games using my under-$400 digital camera and the PQ is better. Mind you, it's 720p @ 30 fps but it's not the resolution that is the problem in those games, it's the color and contrast.

My kid jokingly told his older brother that we were watching a "Classic" game from the '70s. He saw Daugavins' mustache and O'Brien's mullet and it was hard to convince him that he was joking, until they showed the people in the crowd.
_________________
Hey, I don't have all the answers. In life, to be honest, I've failed as much as I have succeeded. But I love my wife. I love my life. And I wish you my kind of success.
- Dicky Fox

wprager wrote:Hey, anyone click to see those bunny videos? It's, you know, bunnies, doing what bunnies do best.

Number of posts : 56698
Favorite Team : Ottawa
Registration date : 2008-07-31
Joy says Cowen is skating with the team and Rick Whamsley will be behind the bench in place of Stirling. KK will also run the PP today.

KK said that there are a lot of things to take into account, but winning it for Stirling takes precedent.

wprager wrote:Hey, anyone click to see those bunny videos? It's, you know, bunnies, doing what bunnies do best.

» General Hockey Talk - Injuries, signings, factoids + other news from around the league
by Flo The Action Yesterday at 11:36 pm

» Prospecting Prospect - End of Season 18/19
by DefenceWinsChampionships Yesterday at 1:14 pm