I just got someone to take over my contract with Rogers, so I am without a phone now (and contract free).

Anyone have any pros/cons for Wind?

What about Virgin and Koodo?

Number of posts : 50906
Age : 58
Location : Kanata
Favorite Team : Ottawa
Registration date : 2008-08-05
Do you absolutely need a plan? You could go with President's Choice mobile for 20 cents a minute for emergencies (you can get a $100 top-up card at a Loblaws or SuperStore, or up to $50 for 6 months online top-up). Then when you are in a wifi hotspot you could use Skype. It's only $2.99/month for unlimited US/Canada with Skype.

P.S. I am assuming there is a Skype app all major smartphones. Or did you mean you no-longer have a smartphone? Probably could get an older BB for not too much.
_________________
Hey, I don't have all the answers. In life, to be honest, I've failed as much as I have succeeded. But I love my wife. I love my life. And I wish you my kind of success.
- Dicky Fox

I'd prefer a "plan" but not necessarily a contract. I prefer a smart phone.

Wind's deal looks really good, I'm just concerned about coverage. It looks to be improving and I have read reviews that it is pretty good in Barrhaven where I am, and works pretty much around Ottawa. Apparently Wind is not allowed in Quebec cause videotron owns all the coverage.

Number of posts : 50906
Age : 58
Location : Kanata
Favorite Team : Ottawa
Registration date : 2008-08-05
Well you can't beat 20 cents/minute for emergency use (no wifi coverage). If most of your time is spent where you have wifi then you could save some serious money using Skype.

Of course when someone calls you you would have to Skype them back. Or they could text you (receiving text messages is free with PC).
_________________
Hey, I don't have all the answers. In life, to be honest, I've failed as much as I have succeeded. But I love my wife. I love my life. And I wish you my kind of success.
- Dicky Fox

I'm in Barrhaven and where I am is said to have coverage but also getting more coverage.

What I like is the no contract and the amount of service you get for what you pay.

If I go with Wind I will get the Samsung Google or Galaxy. The Google is free with a tab and the Galaxy you have to pay an additional $250ish. Debating if it is worth it to pay for a newer version/model.

What phone do you have?

Coverage is great here, wasn't a year ago when I joined but they've improved a lot and it's always improving by the day. Never had any dropped calls and I am ALWAYS on facebook and twitter and internet has always been perfect (Never uses the wifi, saves battery and home internet).

Unfortunately I never go to Barhaven so I don't know how it is there.
My friend has the Nexus S. I think it's an awesome phone. He works at Wind so they get some kind of discount, he paid $0

I go to Montreal one or two week ends a month so I pay around $5 more of roaming charges than my contract (which is 29 a month with unlimited internet, calls in Canada, and global text, and all the voicemail etc stuff).

So 35+tax for unlimited everything. 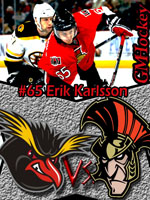 Number of posts : 452
Age : 52
Location : Aylmer
Favorite Team : Ottawa
Registration date : 2008-09-05
I don't know about Wind, but I'm with Mobilicity and have been very satisfied. The only drawback is that there's no tab, so you have to pay for the phone.

Coverage is great for me (work in Kanata, live in Aylmer). I was worried for a while, because the building where my company is moving to (right next to SBP) had no coverage, but the last time I was there I had two bars in the building, or even 3-4 if I was by a window.

As far the Quebec vs Ontario thing, at the last spectrum auction (1700MHz) Videotron bought all the rights for Quebec, and Wind/Mobilicity bought for some areas, but none in Quebec. However, they must have some sort of agreement for the Ottawa/Gatineau area, because they all have cell sites in the other province. [url=loxcel.com]This[/url] is a good Web site to check for coverage; it shows cell sites by provider.

One last thing to consider; since these new entrants use the 1700MHz band, the majority of phones from Rogers/Bell/Telus and their affiliates will not work. Only 3G phones from T-Mobile (in the states) typically work, as they use the same frequency for their 3G network.

Number of posts : 11867
Age : 36
Location : Ottawa
Favorite Team : Ottawa
Registration date : 2008-08-05
Thanks to everyone for their advice... While Wind obviously has great prices for the amount of services you get, the fear of paying roaming and not having coverage ultimately lead me to Bell :S I had been a Rogers Wireless customer for 10+ years and am now with Bell, and I got a Samsung Galaxy S2 which is AWESOME!

Number of posts : 11867
Age : 36
Location : Ottawa
Favorite Team : Ottawa
Registration date : 2008-08-05
I hear pros and cons for both. Like in elevators/basements/etc Rogers is better, but Bell is better in rural areas.