Are they crooks or grossly incompetent?

Number of posts : 50771
Age : 58
Location : Kanata
Favorite Team : Ottawa
Registration date : 2008-08-05
A couple of weeks ago my wife ordered two large pizzas from Willy's here in Morgan's Grant, and I picked them up on the way home from work. The bill was over $46, this is for one peperoni and one plain cheese. What?!? I can get a shwarma meal that'll feed our family of six with a few lunches left over for less than that. When I asked the cashier about it, whether there were any specials or what-not, she said I'd probably save $10 if I had ordered the twin special, but you have to specifically ask for it when you order. Didn't like the answer but what can you do?

Today she wanted to order pizza again, nearly the same order. Of course given what happened last time she specifically asked for "twin special" -- repeated it three times. I come in to pick it up and it's $46+change again! So I question it again and say that she ordered a twin special, so what gives? So this time the girl say I'm right and she'll figure it out. So she taps some numbers into the calculators, then says it'll be $38.09 (not quite $10 less but over $8). She then crosses out the $46.22 on the original bill stapled to the box and writes in $38.09 in red pen. I stick in my chip card and enter my PIN, pick up the pizza and drive home.

As I'm driving down the street I glance at the receipt from the chip reader machine still in my hand and it says $46.22! What the hell??!

Now I start remembering how when the girl was crossing things out and writing in the new number an older guy (looked like the owner) came up behind her and was questioning what she was doing. She briefly explained that I had ordered twins and was not being charge the correct amount, and his face kind of went sour. I wasn't sure if he was thinking "Crap, that's not good for customer relation" or "Crap, I'm losing $8!"

I remember many years ago noticing how I had two charges on the same day from a Milano's pizza. I got them to reverse the charge but for months after that I was meticulously monitoring my monthly statements. Didn't happen again so I eventually stopped checking. Maybe I should start again.
_________________
Hey, I don't have all the answers. In life, to be honest, I've failed as much as I have succeeded. But I love my wife. I love my life. And I wish you my kind of success.
- Dicky Fox 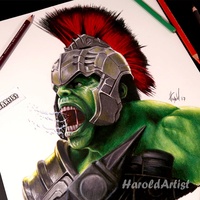 Michallica wrote:Willy's.....is......terrible. Your first mistake was getting pizza that tastes awful. and second, you should drive back and get them to correct such a mistake. They are 100% crooks

Oh, I will go back; I still have the bill and the correction. But I like Willy's. If you get it on thin crust and light on the sauce they are quite good. And they are really close.
_________________
Hey, I don't have all the answers. In life, to be honest, I've failed as much as I have succeeded. But I love my wife. I love my life. And I wish you my kind of success.
- Dicky Fox

Number of posts : 50771
Age : 58
Location : Kanata
Favorite Team : Ottawa
Registration date : 2008-08-05
I had another run-in with 1-for-1 about a year ago. Similarly they did not apply the special. I thought when I ordered two pizzas they automatically give you the twin deal, and they didn't. He stuck to his guns saying how you have to specifically ask for the special. He was quite rude about it and I haven't been back since.
_________________
Hey, I don't have all the answers. In life, to be honest, I've failed as much as I have succeeded. But I love my wife. I love my life. And I wish you my kind of success.
- Dicky Fox

Riprock wrote:Gabriel's all the way.

Big Ev wrote:Your total should have been $41.19 based on their menu.

The kids' favorite is Pizza Pizza, but I guess they're partial to cardboard. I like Pizza Hut but sometimes fine their crust a bit oily. I like lots of cheese so that's why I enjoy Willy's (which is not to be confused with Wiley's). I used to like Milano's but that was before we had kids and our selection was narrowed down to cheese or pepperoni (they are only now starting to branch out to the point where I can get a combination and and won't be the only one eating it).

Shabbs, what do you know about Gabriel's? They've expanded and not every location is the same. Kids were fed it at school (thursday = pizza days) for a few years and grew to dislike it. I was never a big fan, to tell you the truth.

Place Teveres in Dorval (suburb of Montreal) always brings back fond memories. Luna's Pizza (also in Dorval) was a small one not far from our second apartment. Best ever "combination" (we called it All Dressed in Montreal) I ever tasted in my life.

Big Ev wrote:Your total should have been $41.19 based on their menu.

Add in two dipping sauces. And did you add taxes?

But now with two dips:

that's without any special or whatnot, according to their online menu: http://willyspizza.ca/menus/pizza-wings/

I remember they have ripped my family off before when ordering, though. Sometimes overcharge. Delivery is worse, because they charge you an extra fee...then you don't know what to tip.

Re: Are they crooks or grossly incompetent?

» Ottawa Senators (present and past) TIDBITS & QUICK HITS!
by wprager Yesterday at 6:03 pm

» General Hockey Talk - Injuries, signings, factoids + other news from around the league
by tim1_2 Yesterday at 11:41 am