Number of posts : 2127
Registration date : 2008-08-17
Stalberg in. Kelly's ice time was always going to be low but losing a winger also messes up the lines.
Lame prediction: this game is a blowout, just not sure for whom.

Number of posts : 50752
Registration date : 2008-08-05
So I'm trying out the free feed of the game on CastStream, using Chrome to play out and then casting to my ChromeCast. This isn't casting my display, it streams directly to the device. Anyhow, quality is very decent. Looks a little bit like film (ad opposed to tape) but still way better then SD. Likely 480i (DVD quality). If I donated then I could use a better stream (they even have some 60 fps). 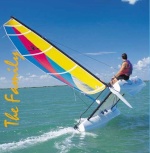 Karlsson brought the OT to another level. That right there was the captain leading

Number of posts : 56647
Favorite Team : Ottawa
Registration date : 2008-07-31
Karlsson was unreal all series.  He got hit a lot the last two though and he can expect more of that

PTFlea wrote:Karlsson was unreal all series.  He got hit a lot the last two though and he can expect more of that

At this point I almost feel like rangers will be easier on the body. Problem will be shutting them out and solving lunqvist

Number of posts : 13848
Age : 47
Location : Strathmore
Favorite Team : Calgary
Registration date : 2008-07-31
The Rangers are a much faster team than the Bruins. The Sens better be prepared to ratchet up in the speed department. I don't just mean skating. I'm talking decision making and passing.
_________________
"A child with Autism is not ignoring you, they are waiting for you to enter their world."

Number of posts : 22225
Age : 28
Location : We The North
Favorite Team : Ottawa
Registration date : 2010-02-09
The rangers aren't that good. IMO this Will be another easy matchup. Rangers don't have guys like Marchand and Bergeron who can take over a shift and pin you for the whole thing. I like sens in 6

Every single other series I looked at featured faster skating. By a lot, really. It's not that the Sens can't play faster, but the style of both teams is to slow it down. Hopefully they will adjust to whatever style the Rangers bring.

Karlsson played with two hairline fractures in his heel. Thank heavens it's not his ankle. Three days off will help.

Wingels had a good game but he's still nothing more than a 4th liner. I still think White would bring more (younger, faster, can play center, higher skill level). Hopefully we see him at some point.
_________________
Hey, I don't have all the answers. In life, to be honest, I've failed as much as I have succeeded. But I love my wife. I love my life. And I wish you my kind of success.
- Dicky Fox

Number of posts : 17927
Age : 37
Location : Ottawa
Favorite Team : Ottawa
Registration date : 2011-01-07
What a great feeling. This is the only relaxing time of the playoffs...in between series when you know you've moved on. The Rags/Habs series was actually VERY physical, so this isn't going to be easier on the body, but they are certainly beatable.

tim1_2 wrote:What a great feeling.  This is the only relaxing time of the playoffs...in between series when you know you've moved on.  The Rags/Habs series was actually VERY physical, so this isn't going to be easier on the body, but they are certainly beatable.

There was a little hate in that series. Gallagher, Radulov, Ott, Shaw. But they love Brassard and the Senators are still fond of Mikachu. It will be one big love-fest.